AsterTrack is a combination of custom hardware and complex software to track a set of markers in 3D space. This is known as optical (or opto-electronical) tracking and is used commonly for professional Motion Capture and high-end VR setups. These are commonly very expensive, but this projects aims to implement the same concept using much cheaper, but still capable hardware. It is composed of three components: Using it, you can track markers - both active markers (LEDs) as well as passive (retroreflective) markers - in 3D space, as well as track 6-DOF targets composed of multiple such markers. Each Tracking Camera only sees these markers in 2D as bright dots, and by associating them between cameras and frames it is possible to infer their 3D position given multiple calibrated cameras. This is the reason for the name of AsterTrack - you can think of it as Asterisms (small groups of stars in the sky, from the greek word for star, asteris) - humanity has assigned meaning to these 2D structures for a very long time, but only now, through the multiple viewpoints (parallax), can we infer the 3D position of these stars.

How is this possible?

In order to keep the costs down, some of the cheapest components of their class are used. Key to the success is the processing hardware of the Tracking Cameras, without which all images would have to be processed on the host, which is infeasible at any meaningful quality and not scalable. The processing happens on a Raspberry Pi Zero, which is commonly considered the cheapest Single Board Computer (SBC) on the market (before the Chip Shortage came, that is). Using low-level assembly code on the QPU, a high throughput and low processing latency has been achieved. The cameras are global-shutter and externally synchronised, currently using the OV9281 sensor, for a base tracking rate of 144Hz, up to 250Hz at half resolution.
The Tracking Controller is very simple, but crucial to the low-latency communication between the Tracking Cameras and the host, and the synchronisation of the Tracking Cameras.
The rest of the magic happens on the host, with calibration being a huge challenge in past systems. Calibration currently requires only one marker to be waved around, and at least three Tracking Cameras. After that, any constellation of markers can be calibrated as a target for 6-DOF tracking.
Targets can be created by yourself, using retroreflective tape or infrared LEDs, as long as the constellation of markers is sufficiently unique. This can be used to track nearly anything with little to no intrusion.


All images are of prototypes in varying stages of development:

Early Prototype Tracking Cameras with simple electronics, with and without case 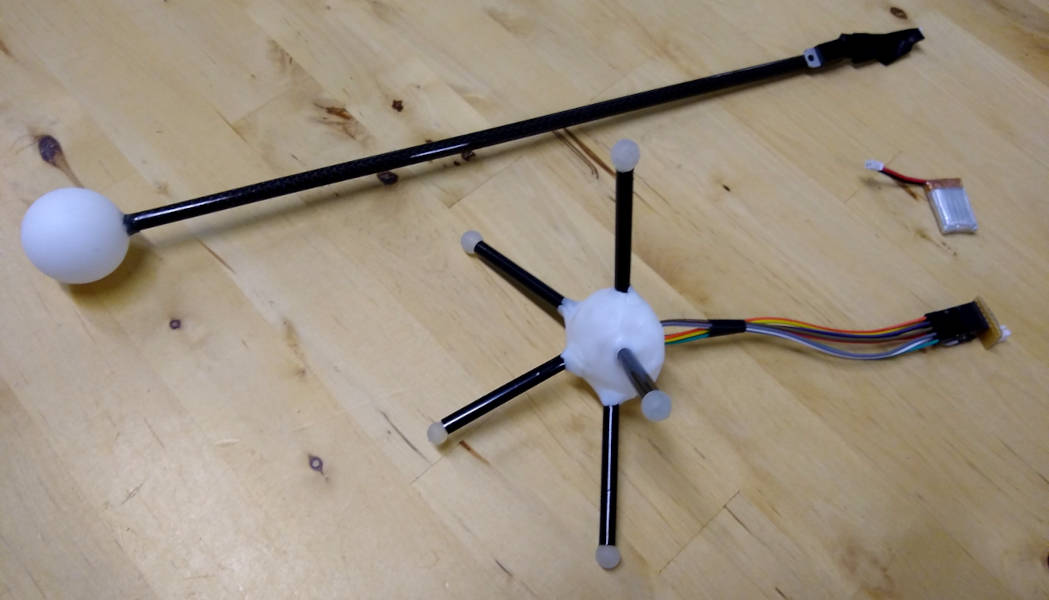 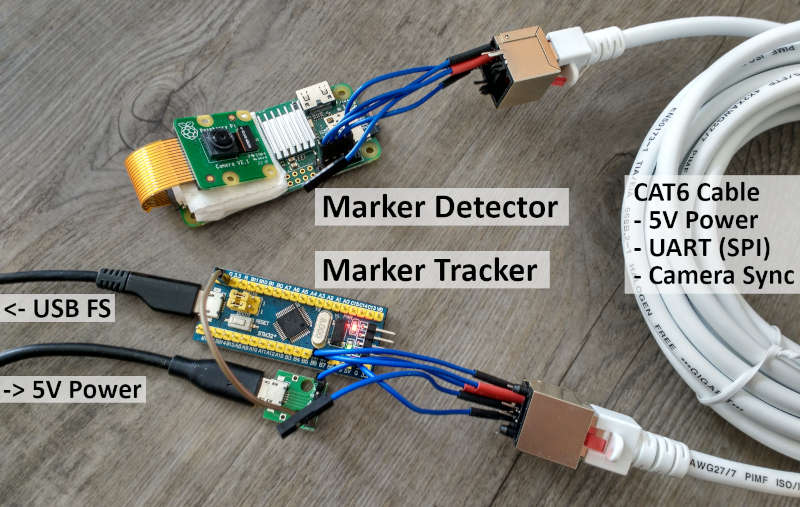